Tourism to Japan has been increasing substantially in recent years, but while Kyoto, Osaka and Tokyo have reaped the rewards and seen new hotel openings to accommodate the influx, the southern prefecture of Okinawa remains off most people’s radar.

The Okinawa Convention & Visitors Bureau (OCVB) though, is looking to change all that. And OIMF is a clear inspiration. Sen Tamaki of the OCVB’s promotion department explains that filming TV and films on the islands is a prime goal in order to raise awareness.

The method has proved successful for Hawaii in the past, highlighting the islands by showing it scenery on TV screens in the US thanks to shows like “Hawaii Five-O” (1968-1980).

“Now we are promoting to three Hollywood movies for them to film in Okinawa,” says Tamaki. “There are already many film crews coming, mostly from Asia, especially Korea and China, as well as National Geographic.” He adds.

Domestic tourists are important to Okinawa, but its the foreign tourists who spend more according to Tamaki. And the OCVB has decided to separate its strategy to attract more visitors in to three categories.

First, there are the countries close to Okinawa, including Taiwan, Korea, China and Hong Kong. “Transport is very important since we are islands, so we are thinking about both ferries and flights,” says Tamaki. “We now have 155 flights per week from these countries and almost all tourists come from these four areas.”

Those countries are similar to Japan, where travel agencies tend to create package tours at the counter, so the OCVB has been collaborating with travel agencies, a contract to Europeans and Americans who tend to be solo travellers using the Internet.

“The second target is South Asia, the ASEAN countries of Thailand, Singapore, Malaysia and Indonesia,” says Tamaki. “This year we want to have direct flights from those countries to Okinawa.”

“And the third group is Europe, especially the U.K., France, Germany and Russia, the United States, Canada and Australia.

The OCVB has started to work with online agencies, Agoda, Booking.com and Expedia, as part of their strategy to reach out to tourists. On social media too, the organization is stepping up its game. They have created Facebook pages in 11 different languages already, a strategy Tamaki says is proving very effective. 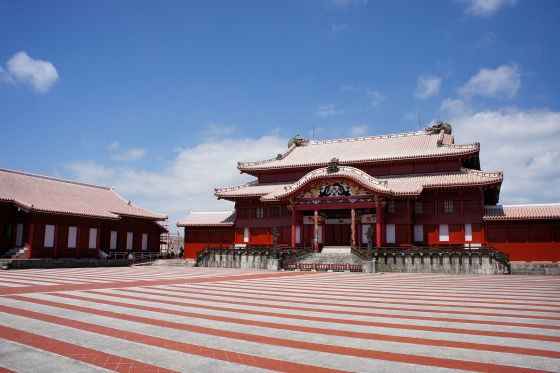