“When we created the Okinawa International Movie Festival we didn’t want to make it like every other film fest in the world, that’s just copying. We wanted to create a strategy that provides yearlong entertainment for the Okinawan islands. Then the climax of this yearlong program will be the movie festival, which includes events based on sports, music, art comedy and food. Our image is that the festival should be like a child’s toy chest. When the kid opens the chest he or she is so excited by all the wonderful and different toys inside. It’s full of charm and wonder for the child. We also have to continue to give a bigger chest to out public.”

Asato also emphasized the possibilities for Okinawa to grow in the SE Asian market. “Yoshimoto has made offices around SE Asia and sent Japanese comedians to live and work in various countries in the region. They are connecting with the local people and collaborating with facets of the entertainment business in those countries. Okinawa should be at the forefront of promoting Japan to SE Asia because it’s the closest place to that region.”

In addition to marketing Okinawan content to SE Asia, Asato noted strategies to bring more SE Asian tourists coming to Japan. “Getting people to think about visiting a specific region of the world is a challenge that can be approached in a lot of ways. Let’s look at Hawaii. It wasn’t that well know to mainland Americans many decades ago but a movie really pushed it into their consciousness. It was Blue Hawaii (1961). The film really made people aware of the place as a holiday destination. So we want to create an image of Okinawa that sticks in people’s minds. We can use a variety of media to do that but it’s important to create a strong image.”

Asato also noted that Japan is the place where Japanese pro baseball do spring training, thus he thinks that it could become a global center for spring training for sports teams from across the globe. “Lots of pro sports teams come to Okinawa for training. Ten baseball teams from Japan, five from Korea and two from Taiwan use Okinawa as a training center already. And as far as European football teams go, seven Japanese teams use Okinawa as a training site. We feel we have a great opportunity to offer the training facilities to teams from across the region, and make Okinawa a hub for sports training.” 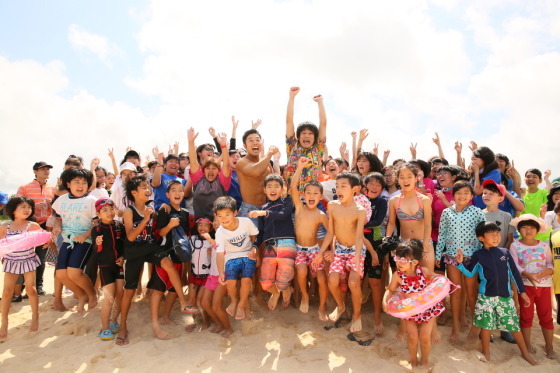