Back in 1995, Yoko Narahashi directed her first feature “Winds of God” an adaptation of the play by Masayuki Imai. 20 years later, Narahashi announced at the Kyoto International Film Festival, that she was working on a follow-up – just months after Imai died, age 54.

The duo had already begun casting when Imai passed, with actress Nanami playing meeting the famous playwright just once, at her audition. Nanami, who studied acting in Los Angeles, joined Narahashi at the Okinawa International Movie Festival along with fellow cast member Sumire.

“It’s not a vague story, it’s very very clear” says Narahashi. “It’s like a modern classic really, it’s been staged and performed all over Japan as a theatre piece and I’m thinking there is another idea to put in there to make it in to an international film if it’s possible.”

Narahashi expressed her hope that the audience will come away touched by the sentiment of the movie, “being happy with what [they] have, of life itself, of trying to live life fully, as Masayuki did.”

“The day I had an audition it was my first time to meet Imai Masayuki-san and it was the last time,” said Nanami. “As we acted together I could fee how he feels, we were connected.” 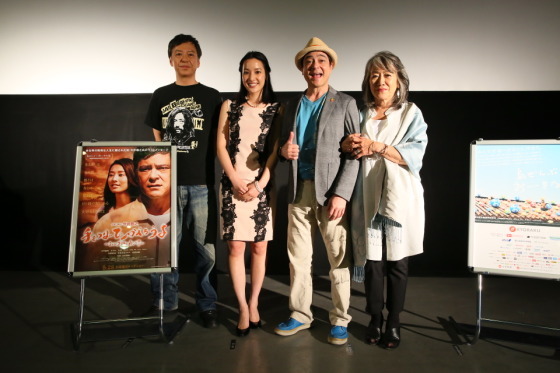