Event Report2016.04.22Macbeth is Groundbreaking for Yoshimoto

In Chatan, a modern masterpiece in Shakespeare interpretation, 2015’s Macbeth, was screened to an appreciative crowd. The piece stars Michael Fassbender as the titular character and uses fantastic, misty cinematography, slow motion and brilliant editing for a new take on Macbeth. Bathed in reds and greens, director Justin Kurzel captures the emotional states of the characters by cutting between battle and solemn contemplation, making violent scenes silent, and extensively using children as observers of the madness. There is a constant tension between noise and silence, madness and rationality. As Macbeth goes further and further insane the visuals of the film get darker, murkier and more dense.

This modern retelling of Macbeth features sterling performances by some of the most respected actors in film today. Fassbender is superb as the doomed king and Marion Cotillard proves his equal as the haunted Lady Macbeth. David Thewlis also shines as King Duncan, who Macbeth does away with to snatch the crown.

The picture is momentous for another reason, its release heralds the start of Yoshimoto Kogyo, the parent company of the fest, distributing international film in Japan. It will work in distribution collaboration with William Ireton, the former President of Warner Entertainment Japan who is now President of Ireton Entertainment. Ireton made a stage appearance after the film and noted the historic occasion. He told the attentive audience “Please enjoy the amazing storytelling that continues throughout the film until the end." 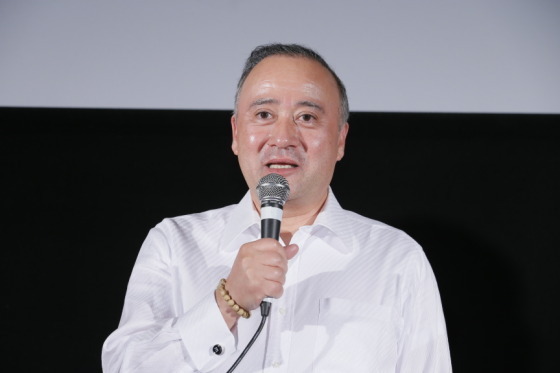