The 8th Okinawa International Movie Festival entered the second day presenting a remarkable line-up of films and special guests. The pic Rookie Chef, a Taiwanese offering, screened at the Sakurazaka theatre in Naha city while Macbeth, starring Michael Fassbender, unspooled at the Mihama 7plex in Chatan. Also on offer was the Korean drama Chronicle of a Blood Merchant as well as many other Japan film premieres. Woody Allen’s Play It Again Sam screened in retrospective, perfect for the fest, which concentrates on comedy.

Rookie Chef was helmed by acclaimed director Fung Kai, whose 2012 hit Din Tao: Leader of the Parade is one of the highest grossing Taiwanese films of all time. Rookie Chef is a heart-warming tale celebrating family, tradition, togetherness and child-parent bonds. The story starts with the Chiang family, who has an illustrious history as one of their distant ancestors was a brilliant chef who cooked for the emperor. He was so good he wrote a recipe book but it has been lost for centuries. Chi-ming (Wang Po-chieh) is on the run with his beautiful 5 year-old daughter Lele, as he’s lost a custody battle to his father-in-law. He runs into the Chiang clan, led by grandma and the assertive Chi Bao (Lorene Ren), and accidentally discovers the original hidden, ancient recipe book.

What follows is a battle for Chi-ming to become a good man and get his daughter back while bonding with the down-home Chiangs and celebrating great cooking. Director Fung and actress Ren both made stage appearances, thanking the Japanese audience and expressing their gratitude and the warm reception in Okinawa.

In Chatan, a modern masterpiece in Shakespeare interpretation, 2015’s Macbeth, was screened to an appreciative crowd. The piece stars Michael Fassbender as the titular character and uses fantastic, misty cinematography, slow motion and brilliant editing for a new take on Macbeth. Bathed in reds and greens, director Justin Kurzel captures the emotional states of the characters by cutting between battle and solemn contemplation, making violent scenes silent, and extensively using children as observers of the madness. There is a constant tension between noise and silence, madness and rationality.

The film is momentous for another reason, its release heralded the start of Yoshimoto Kogyo, the parent company of the fest, distributing international film in Japan. It will work in collaboration with William Ireton, the former President of Warner Entertainment Japan in distribution. Ireton made a stage appearance after the film and noted the historic occasion.

Esteemed guests are numerous at this year’s fest. There are too many to mention them all but one key player is Greg Peters, the President of Netflix Japan and a moving force in pushing Japanese visual content to the world. He related some thoughts about Netflix groundbreaking activity in Japan and distribution here. “We would like [the Japanese audience] to enjoy content at the same time that everyone else in the world gets to enjoy it, so no more waiting for weeks and months for a release. On the flip side we work with content creators here so that they can tell them, ideally at a quality level that isn’t supported just by the domestic market, and then we can connect them to the global audience.”

He added, “I’ve always had a strong appreciation for the creativity that we see in Japan, mostly in manga and anime and smaller independent films that are made by true visionary creators that have room to do something interesting. You see it a little bit less so in the large scale productions here, but that’s what I think is exciting, to be able to define those creators and give them an opportunity to create at a bigger scale and find a bigger audience.” 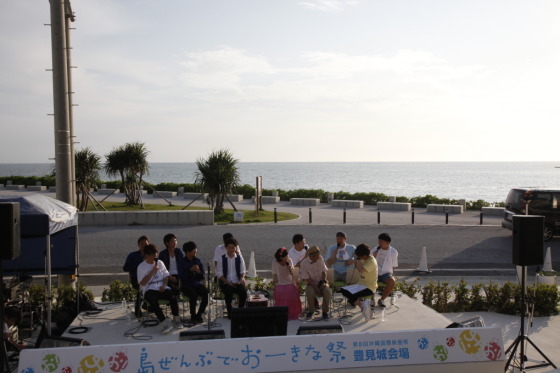