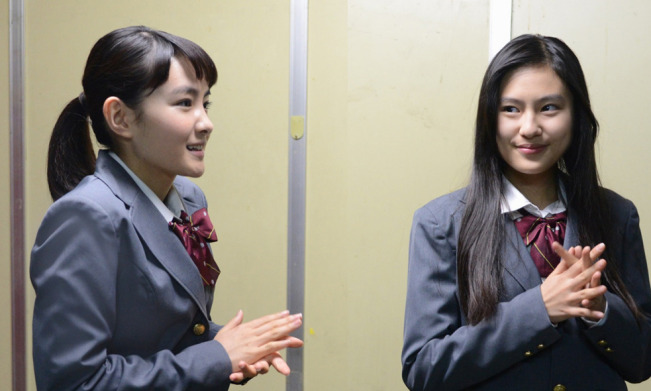 A real horror film by genius director, Toshikazu Nagae, starring rising young actress, Wakana Aoi. The film is set in a closed down school which is being used as a studio. In this studio, two young actresses are waiting for a photo shoot, along with a three-girl idol group on a bootcamp and a pair of comedians working on their set... In this studio, a number of strange phenomena have occurred, known as the "Curse of Azami", due to an incident involving a female student going missing after being bullied and trapped in the basement. The actresses, idols and comedians find themselves facing horrific experiences, one after another...