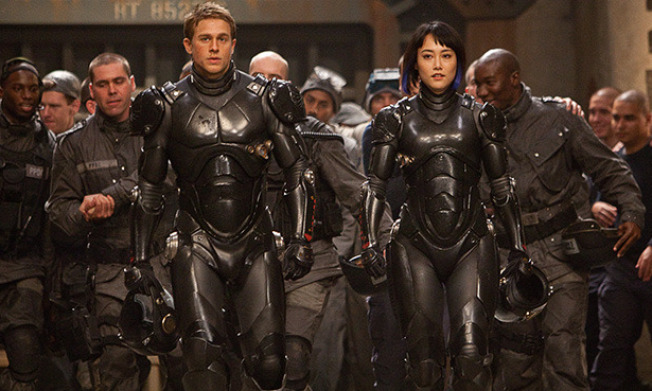 A giant and ferocious alien 'KAIJU' suddenly appears from the deep sea. It was the beginning of a war of consuming the resources of mankind and of taking the lives of millions of people over decades. Mankind develops a special weapon to fight against the giant KAIJU. The massive humanoid weapon called 'Jaeger' is simultaneously operated by two pilots. Before operating the weapon, they go through a process called 'Drift' which synchronises their brains through the neuro-bridge to go into battle. Jaeger initially has the advantage but KAIJU gains power each time it appears and mankind becomes powerless before its relentless attacks. Mankind is finally on the verge of destruction and there is only one choice remaining to those who are fighting tooth and nail to protect mankind. A man who once quit his role of pilot in utter exhaustion(Charlie Hunnam) and a rookie(Rinko Kikuchi) who has never fought a real battle form an unlikely team to fight against the alien in an old-fashioned Jaeger. They pit against KAIJU as mankind's last hope for holding back the impending doom.