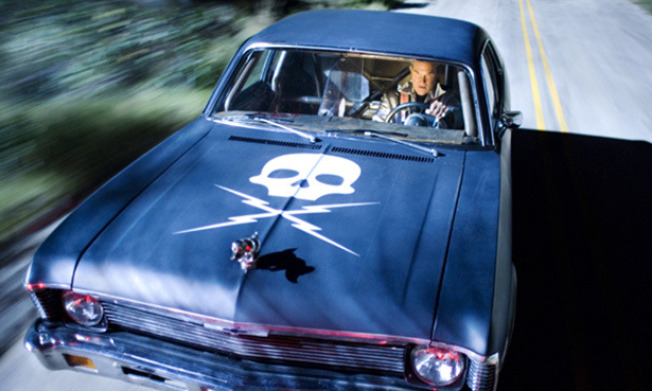 ©2007 The Weinstein Company,LLC. All Rights Reserved.

This is the full re-edited Director's Cut of one of the films in the double feature of "Grindhouse" horror films created by directors Quentin Tarantino and Robert Rodriguez, reviving the popular double and triple feature B-grade movies in "Grind House" theaters once popular in the United States. A former stuntman, played by Kurt Russell, victimizes a series of beautiful and sexy women with his car as a weapon of death, resulting in an action packed and thrilling slasher movie full of non-CGI realism, as he becomes locked in mortal combat with a stunt woman who bravely confronts the feared killer.