The audience at Sakurazaka Theater were probably left wondering if they were really at the Theater at all, after watching the latest movie by Sri Lankan director Boodee Keerthisena.

The 420pm screening on Sunday April 24 of Keerthisena’s “Alone in a Valley” left the audience as confused as the director intended. The movie tells the story of Vishva, played by Saumya Liyanage, who begins to doubt reality when small, strange events occur, some of which are revealed to be dreams, while others are left ambiguous as to what really occurred.

“A group of guerilla filmmakers came to me and said ‘Boodee it’s about time you make another film’ but I said I’d love to but there is no funding. [They said] ‘we will work for nothing.’ I had a specific scene which I explained, an idea of whether something is really experienced or was it creating in our thoughts,” says Keerthisena.

“Did I see something, did he really do that, or was it happening in my mind? This is the idea that I wanted to bring in to the film,” says Keerthisena.

The idea of film is very personal to Keerthisena, but he also picked many things from the normal daily life of Sri Lanka, as well as from the spiritual life. “People while making the film were saying things like ‘that scene reminds me of some transcendental experience form three years ago,” says Keerthisena, who admits he prefers to keep his directing style spontaneous so he can develop the story with his actors.

During the film, posters of David Bowie, fittingly perhaps one of the most mysterious and curious musicians of all time, are shown on the walls of the bedroom of the main character, who seemingly works in an ad agency.

“I got to work with Philip Glass,” says Keerthisena. “And there was Bowie recording Earthling. Eight years before he died I dedicated this thing to him. I heard [him] when I was a kid, Sound & Vision. He is a huge influence in me, I cannot do something with some part from [his] work, it might not show all the time, but it’s there.” 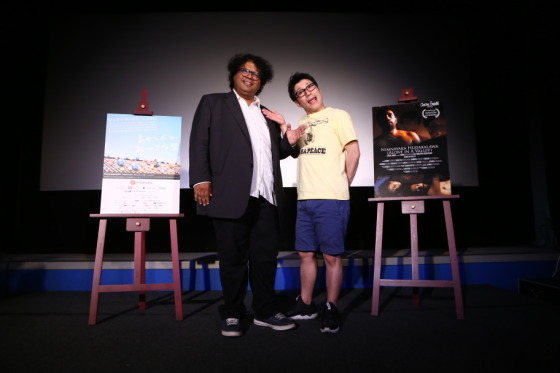