Zootopia screened to a packed house at Cinema Q in Naha. The animation fantasy of talking animals creates a town where predators and prey live together in harmony, and uses a host of incredibly cute animated characters. Judy Hops becomes the community’s first rabbit police officer and is paired with a fox named Nick Wilde. The natural enemies work together to solve mysteries in this charming not-only-for-kids children’s movie.

The 8th Okinawa International Movie Festival premiered the blockbuster hit in Japan, a major market for Hollywood. It has grossed nearly $900 million for Disney Studios so far, making in the number one worldwide box office earner of 2016, and the Okinawan crowd was overjoyed at the timely opening. The ultra-cute animals range from sheep and bear to buffalo, lion, sheep, sloth jaguar and so on through the animal kingdom, all hitting the perfect balance between cute and relatable. In fact, the film plays on the incredible cuteness of the animals, making the word a kind of insult in Zootopia.

In addition to being great entertainment for all ages the film carries a message of being who you want to be, ignoring outside pressures and staying true to yourself. And this strengthened by how much the fantasy animal world resembles the actual human world we live in, except we’re not as cute as the Zootopia creatures! 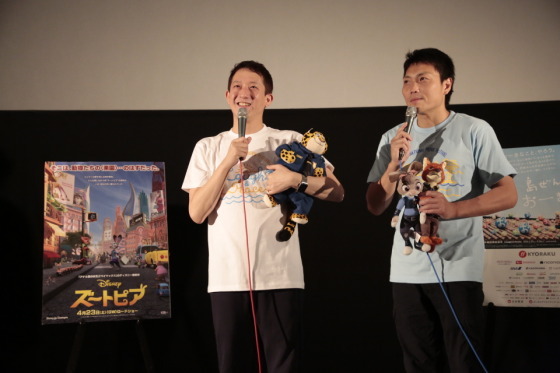