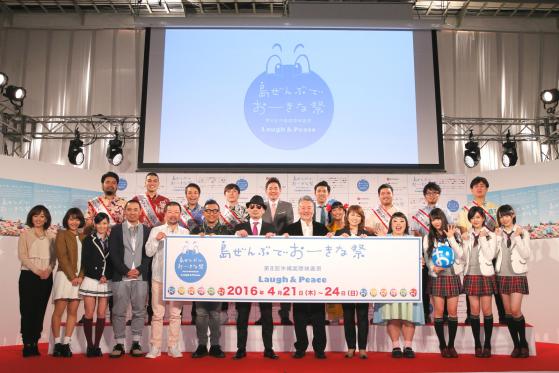 The industry-leading event is back stronger than ever with a new calendar slot.

The Okinawa International Movie Festival and its parent company Yoshimoto Kogyo announced the line up for the 8th edition of the Festival at a jam-packed press conference at Yoshimoto’s Tokyo headquarters in Shinjuku.

This year the Festival will be held April 21-24 throughout Okinawa, moving the dates from March of the previous years to the warmer April. The Festival will concentrate its activities in the Okinawan capital of Naha, including two gala Red Carpet introductions of the many celebrity guests on April 21st and 24th. The first will be followed by an Opening Ceremony. 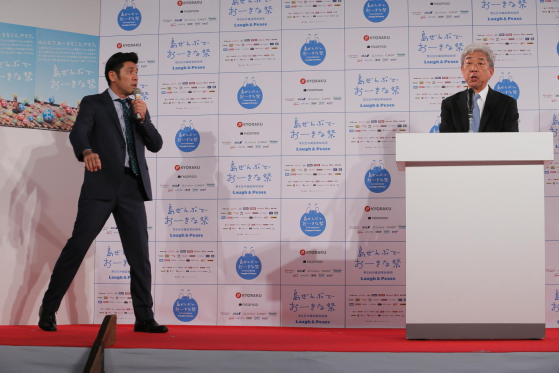 Okinawa International Movie Festival Announces its 8th Edition
Yoshimoto Kogyo Chairman Hiroshi Osaki greeted the eager press at the conference and noted the date change. “We are pleased to hold the 8th Okinawa International Movie Festival. This year, we will move the period of festival from March to April so that people can enjoy the beautiful and warm weather of Okinawa.” He continued joking, “Some actresses have previously complained that they do not want to risk getting a tan even in March, but people who live in Okinawa will be happy if participants from around the country and the world can enjoy better Okinawan weather.”

This year the festival will feature a variety of excellent international and Japanese movies, curated by Yoshimoto Kogyo. Osaki pointed to two in particular. “In the Special Invitations Section, we will screen “Macbeth,” an adaptation of Shakespeare’s historical masterpiece. And “Hee,” a film directed by Kaori Momoi, which had its world premiere at Berlin International Film Festival 2016. We are pleased to offer the Japan premiere.”

Yoshimoto has established the movie festival as one concentrating on comedy, under the theme “Laugh & Peace.” The Yoshimoto Laugh & Peace President Kana Izumi took the stage after Mr. Osaki and alluded to the history of the treasured event. “Fortunately, the Okinawa International Movie Festival has taken root as a great spring event in Okinawa.” She explained some of the greatly anticipated programs of the fest. “Again this year, the world’s largest portable outdoor screen and stage will show films Naminoue Umisora Park, and a Red Carpet will be held at Naha-Kokusai-dori.” Ms. Izumi noted, “the 8th Okinawa International movie festival will be held as comprehensive festival including movie, music, comedy, fashion and so on. This “All Island Big Festival” is supported by the OIMF Association and the Support Group for the OIMF of the 41 municipalities.” 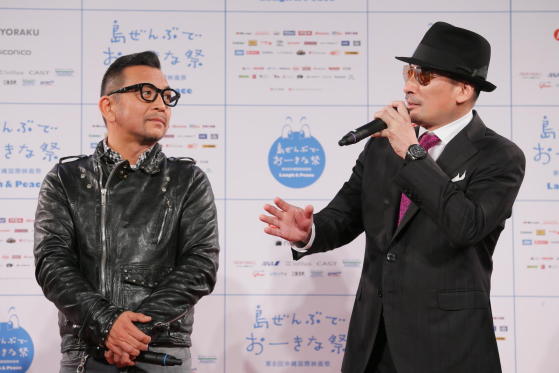 Of the many celebrities to appear at the press conference perhaps musician and actor Ken Yokoyama drew the most attention. The legendary leader of The Crazy Ken Band will appear in the festival film “Ii ne Ii ne Ii ne (Good Ain’t It)”. He related, “I am very happy to portray myself in the film. I like that this film has many common points artistically with my band. It has no limits, and it’s cool and unrefined, like my band.”

It was also revealed that Yokoyama will appear on stage for the Okinawa International Movie Festival Finale and sing with the ensemble at the closing the festivities.

The Okinawa International Movie Festival is expected to draw around 400,000 attendees, and offer the people of Okinawa a chance to see some of Japan’s most famous celebrities.