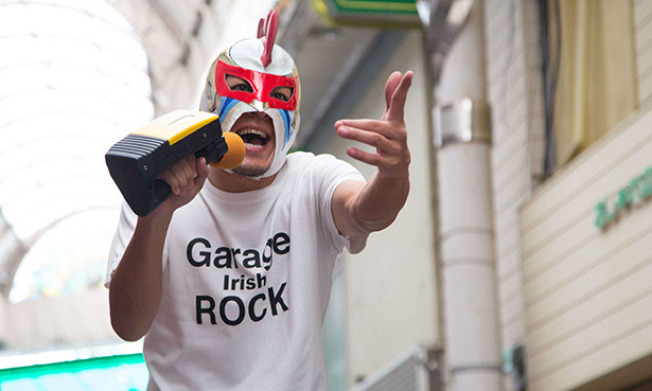 To bring back smiles and revitalize the desolate, shuttered shopping district of his hometown, Haruo wears his late father's wrestling mask, stands on a box with a handy karaoke-mic in hand and starts a "one-man live" show. His first lead role in films, Funky Kato plays the role of a man with an overpassionate soul who lights the hearts of the residents again, not just for "town revitalization" but "people revitalization". Here's the ultimate heartwarming "self-deprecating" comedy!