What if you can talk to your Belongings？ 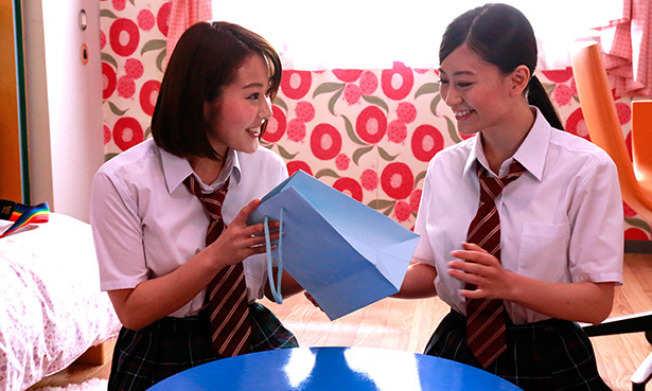 An entertaining film about youths which makes you laugh, cry and startle, depicting the friendships, loves, dreams and communal living experienced by the protagonist who one day suddenly finds herself able to talk with 'things - her personal belongings'. The protagonist Mai (Kanako Kadowaki) is a high school sophomore who one day suddenly found herself able to have conversations with objects, including scrunchies and mechanical pencils. An amusing tale which depicts Mai growing up as she has an honest confrontation with her best friend Yuko (Kei Jonishi / NMB48), whilst causing all sorts of problems with her strange ability. Mai and Yuko are performed by members of the popular idol group NMB48, Kanako Kadowaki and Kei Jonishi, who also appeared in last year's NHK annual New Year's Eve music show. The voices for the talking objects are provided by a variety of comedians who are popular among a wide range of age groups, including Okazu Club and Trendy Angel. The film is funny and moving, and is about the conflicts experienced by high school students which a lot of people would probably have experienced!