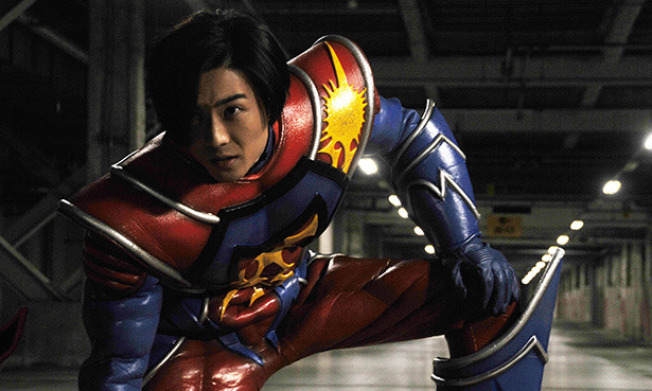 "Bros. Maxman" is the second film in the "Mr. Maxman" series which began at last year's Okinawa International Movie Festival. The film begins with the original Maxman - Masayoshi Taniguchi (Yudai Chiba) having a brother studying abroad in Indonesia! and is a delightful story of transformation as the hero's younger brother Hideo Taniguchi (Ryo Ryusei) takes an apprenticeship as an AD at the television station where his older brother works, and become the heroes of justice, the "Bros. Maxman". Bringing together top special effects technicians, this film has even more action than the first film in the series.