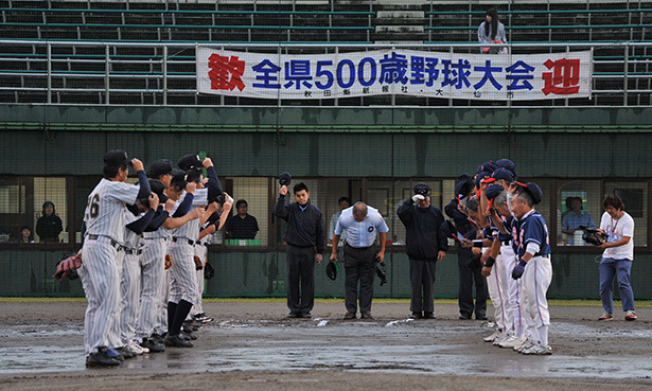 The "National 500 Year-Old Baseball Tournament" was the brainchild of the Akita Prefecture Baseball Association President, starting in 1979 from the desire of baseball players to "play baseball all of their lives", and began in the birthplace of Akita School Boy's Baseball, in the Kamioka region of Daisen City (formerly Kamioka-cho).
There are unique rules, such as that the age must be over 50, and the nine players must add up to more than 500 years old, and if a player is retired during the game they can return later, and this tournament is considered great for maintaining the health of middle-aged and elderly people.
Referred to as "Koshien for the Old Men with Passion for Baseball", this baseball community for old men has spread to more than 180 teams.