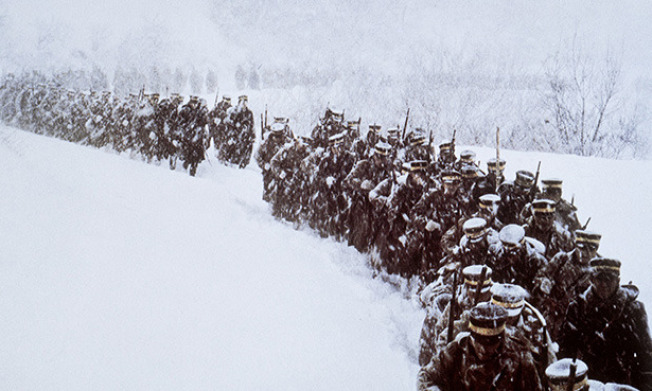 Based on Jiro Nitta's novel "Death March on Mount Hakkoda", the film set in Mount Hakkoda in the winter depicts the Imperial Japanese regiments, a large regiment trying to overcome nature, and a small elite regiment trying to negotiate their way through the mountain without working against nature. At the end of 1901, the army was keenly aware of its lack of preparation for cold climates prior to the Russo-Japanese war. In order to fight the Russian army, it needed to know what snow and cold were really like as the troops marched through the mountains. The march was to be through Hakkoda in the winter where no one was thought to survive... An epic drama directed by Shiro Moritani of "Submersion of Japan", written by Shinobu Hashimoto, and filmed by Daisaku Kimura, based on the most horrific climbing accident in Japan's history, which resulted in nearly 200 fatalities.